One of the many places of Prayer in Upstate NY.

Schoharie United Presbyterian Church in Schoharie, NY is located in NY’s Capital District not more than a few hours north of New York City and affords a unique opportunity for those living in the capital or tri-state areas. It has a precious piece of Mother Earth’s soul that has been sweetened by the actions, intentions and prayers of all those that have worshipped there. 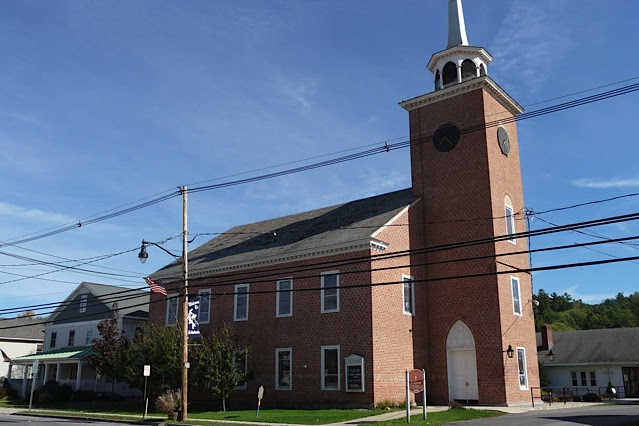 The church is a testament that Mother Earth’s Soul still blazes in upstate NY and that the divine consciousness that spirited the women’s movement, America’s Second Great Awakening, The Burnt Over District, North Star County, The New Age Movement, Spiritualism and so much more still inspires. Chris Hedges a prominent figure in progressivism and the pursuit of social justice, spent his formative years affiliated with the church from 1960 to 1971 when his father Thomas Hedges served as pastor.


The Church
Founded in 1734 the church is one of the oldest structures in Schoharie County. It is dedicated to community involvement allowing various organizations to use the church. It started and runs the town’s food pantry. The congregation emphasizes service and has contributed to many causes.
Chris Hedges is a Pulitzer prize winning journalist that has been a strident voice for social justice and progressive issues. He has shown the willingness to stand behind his beliefs as he was reprimanded by his former employer the NY Times for publicly criticizing the paper’s impartiality in covering the Iraq war. Chris authored what The New York Times described as "a call to arms" for the first issue of The Occupied Wall Street Journal, the newspaper giving voice to the Occupy Wall Street protests in Zuccotti Park, New York City. He writes a weekly column for Truthdig and has authored numerous books.
A former pastor in the 70’s and 80’s Bob, “Smitty” Smith, arranged with local farmers to allow various food coops and pantries to glean their fields after they had been picked. He also led the effort to prevent Schoharie valley from being flooded and converted to a larger reservoir for NYC, putting the town of Schoharie underwater. 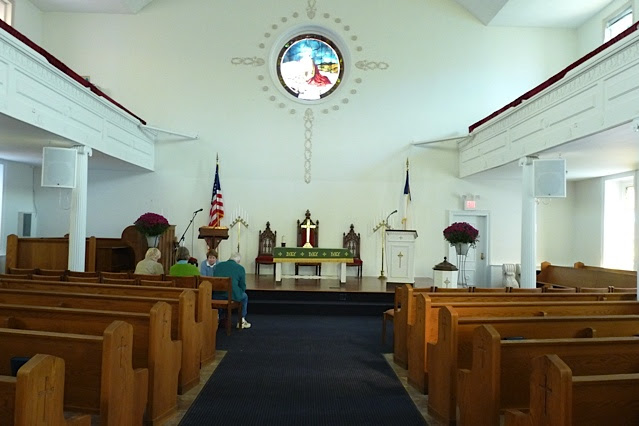 In 2011 the church like much of the town was flooded from severe rain and some restoration work stills remains to be done. For more on the churches history go to:Church History
The Fire Still Burns
In 2002 I was called to gather people to pray around Onondaga Lake. It was here the Native America (Haudenosaunee, Iroquois) prophet the Peacemaker planted the Tree of Peace and gave us the Great Law of Peace upon which the America constitution is based. I have been searching NYS seeking to learn from and connect to Mother Earth. This led me to the understanding that upstate NY has been a wellspring for much of what inspires and motivates our greatest aspirations.
During that search an aspect of Mother Earth, what I call fields of consciousness, was revealed to me. Ley lines emanate from these fields which are associated with sacred sites. I have found these fields in places where social justice and spiritual movements were born, places where epiphanies occurred (Charles Grandison Finney, Clara Barton, Thomas Merton) and where great people lived (Harriet Tubman, Susan B. Anthony, Gerrit Smith, Elizabeth Cady Stanton, Fredrick Douglas...)
That was the 19th century or earlier and it could be argued that it was the time and not the place that drove so many great movements and inspired so many great souls.
When my friend Ira Glunts told me that Chris Hedges grew up in Schoharie and that his father was a minister there I was intrigued and wanted to visit the church. It took a few years to finally get around to doing a review.
Experiencing the Church
There is a very positive and friendly atmosphere to the church. The geographic samskaras, thought forms, within the church are very positive and enhance your spiritual experience. There were no vortices within the church.
There are fields of consciousness throughout the church. The strongest and most potent area is the right side of the church as you face the lectern. There is a stacked field of 5—very nice considering that the church is rather far from the heart of Mother Earth’s soul, the Rochester Utica corridor. Each field of consciousness on top of, or stacked upon another adds to the strength of a field.
I would recommend meditating or praying in the pews on the right side.
If you go
SchoharieUnited Presbyterian Church is located at 314 Main St. Schoharie, NY. Churches website Schoharie United Presbyterian Church
There are several noteworthy places closeby that you should consider visiting:
Kateri Tekakwitha shrine in Fonda, NY about 30 minutes to the north has a chapel that can move you to tears--a powerful place of prayer with numerous vortices. Kateri was a Mohawk that converted to Catholicism and was recently canonized to Sainthood in October of 2012.
Abode of the Message in New Lebanon, NY about 30 to 45 minutes to the east is the home of a Sufi order that once was a home to the Shakers. It has a wonderful feel to it, many divine features and offers a variety programs. To see ofther nearby places of interest nearby or on your way go to Places of Prayer 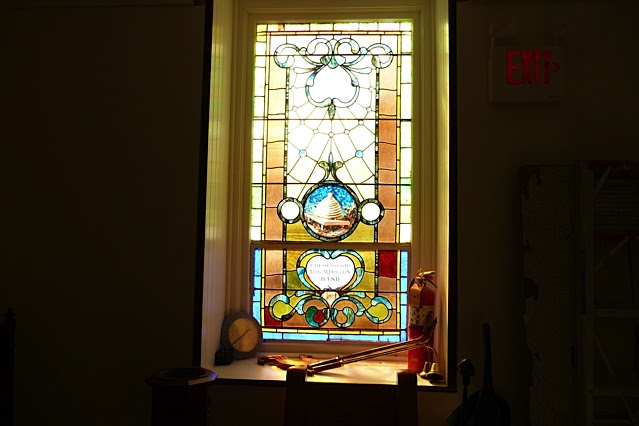 Thanks to Lorraine Mavins for her photography and assistance.
Peace,
In emailing me make sure to change (at) to @ in the address header: madis senner
Madis Senner

Back to Places of Prayer
Back to Mother Earth Prayers

Posted by madis senner at 9:31 AM No comments:

Will the Emerald Ash Borer Increase Cardiovascular and Respiratory Deaths in NYS?

With the emerald ash borer devastating ash trees across the country research is showing that areas struck by the ash borer have seen a significant rise in cardiovascular disease and pneumonia. So reports the US Forest Service in “The Relationship Between Trees and Human Health.”

It noted that “[t]here is increasing evidence from multiple scientific fields that exposure to the natural environment can improve human health.”

"There was an increase in mortality related to cardiovascular and lower-respiratory-tract illness in counties infested with the emerald ash borer. The magnitude of this effect was greater as infestation progressed and in counties with above-average median household income. Across the 15 states in the study area, the borer was associated with an additional 6113 deaths related to illness of the lower respiratory system, and 15,080 cardiovascular-related deaths."

“The borer had a greater effect in counties whose median household income was above average. There are a number of possible interpretations for these results. People in wealthier counties may have greater access to ash trees, so the death of these trees has a greater impact on them. In particular, urban areas within wealthier counties may have more trees, or better maintain them. Indeed, past studies have found that within a city, wealthier neighborhoods have more tree-canopy cover.

Thanks to Bill Dewey of Gossamer Wood for passing along this report.

“Illnesses do not come upon us out of the blue. They are developed from small deadly sins against nature. When enough sins have accumulated, illness will suddenly appear.”
Hippocrates

Get outside and connect with mother earth she will nurture your creativity as noted in a study last week on CBS:

madis senner
www.motherearthprayers.org
Posted by madis senner at 9:01 AM No comments: