Since I had not been to the Peacemaker's Sanctuary at Onondaga Lake in a while I went for a visit last Friday.

Whenever I go there after not being there in some time I am confronted by a space that has deteriorated since my last visit--energy vortices slipped, pockets of only a very positive vibe, etc. . Not this time. I was amazed. The vibe was extremely positive throughout.

It could even be argued that the vibe had picked up since my last visit. How could this be?

1.The bulk of visitors came with the best of intentions and may have meditated or done ritual while there. In the process improving the vibe.

2. Not many people visited.

3. The seeds of the last cleanup and reinforcement of intent last exercised took time to blossom.

I regret I did not bring my camera. Schools of small fish were trying to swim up the current in the runoff pipe from the other side of the walkway. A wonderful image.

BE AWARE THAT THE AREA AROUND THE BENCH AT THE FAR END IS A LITTLE FLOODED.

I will go back in the next few weeks and will make sure to bring my camera.

I encourage you to visit this divine place.

Below is an older picture I took of the Peacemaker's Sanctuary.

Posted by madis senner at 10:34 AM No comments:

Survey of the Rand Tract

Over the years many have asked me, or invited me to join them, to do a survey of the Rand Tract on Syracuse's south side next to Webster's Pond in the Valley section, yesterday I did so. While I did not find much to interest a geomancer, it was definitely a nice walk in the woods along a two mile  loop trail with many side spurs. A place with a neutral vibe, and given today's standard's it ranks above average. More importantly there were no cell towers or other electrical accouterments to spray you. 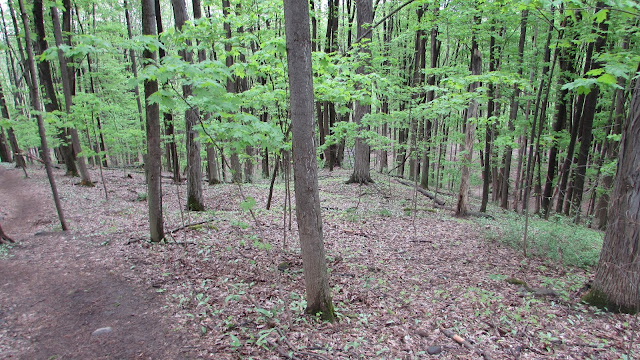 The Land, and Its Monuments

While a forest covers the land one can tell that it had been aggressuvely farmed at one time. There are numerous stones walls traversing and intersecting the land that are a testament to such.

Where did the stones from?

Most people wax poetic of about stone walls. I do not. I gaze upon them and wonder whether they were constructed of gathered field stones or come from  the destruction and recycling of ancient stone structures, stone circles, Manitou stones and the like. 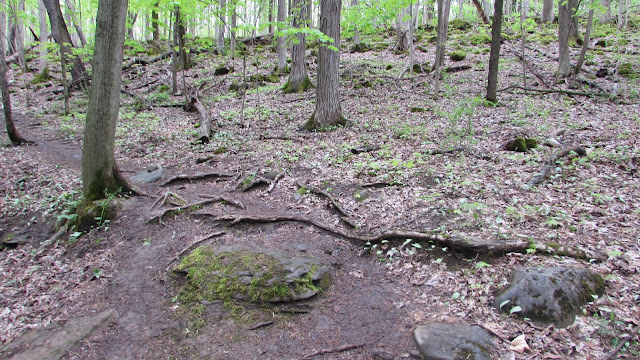 As the picture above shows there are numerous large stones found on the Rand Tract. Lots of pockets of rocks and boulders that could have provided material for stone structures.

Conversely one could argue that it was precisely such stones that were the material for the stone walls. I think not.

Close to the Rand Tract on the opposite side of the Hill that makes up the Valley area in Syracuse is Heath Park. There one finds a variety of stone structures such as a line of boulders that I wrote about back n 2015 The Line of Boulders at Heath Park

There is also Skytop a little farther away that is littered with Manitou Stones which I wrote about on several occasions last year. Skytop

So nearby locations all have Manitou Stones and other stone structures. Giving credence to the notion that there must have been stone structures on the Rand Tract as well.

It is very unusual for me to go into a woods and do a survey and not find at least a Manitou stone. This time it took me over an hour to find one. A Manitou Stone is a stone planted upright perpendicular in the earth. 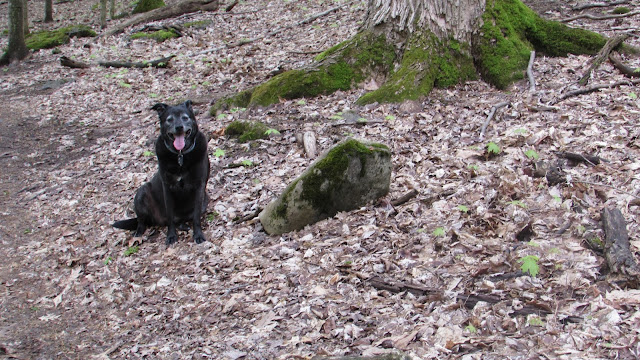 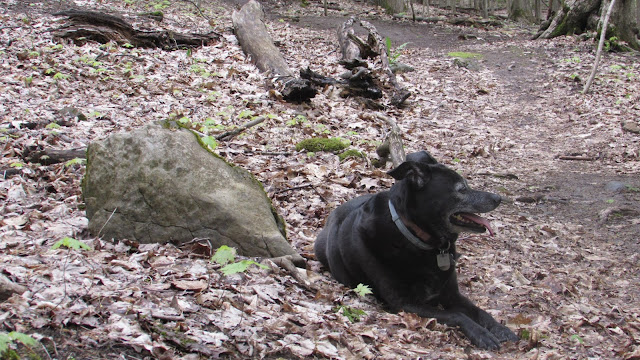 In the pictures above Jaeda Bear is next to the Manitou Stone.

I imagine that at one time there were a variety of stone structures located in the area now covered by the Rand Tract. Nearby to the Manitou Stone I also found what  I call a Platform Stone, a sacred stone structure. See below. 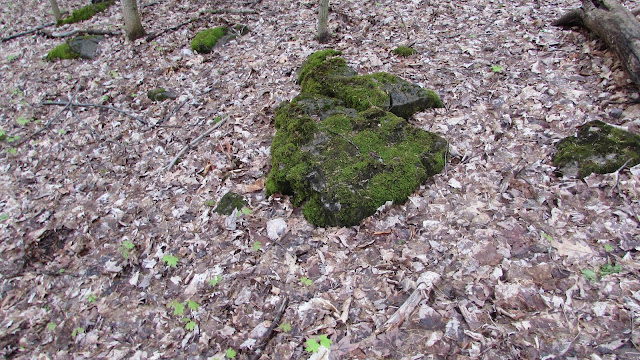 If I had more time to spend that I would have probably found several other stone structures in that little nook area.

However, I found no energy vortices, water domes (blind spings) or embers of the once sacredness of stone structures in that little nook area. And as already mentioned the vibe was neutral at best. But these are all things that can dissipate over time and succumb to human activity and intention that does see the wonder of the land or feel a oneness with it, nor worship all of creation and act in a sacred manner.

I saw no one during the almost two hours I spent trekking and surveying the Rand Tract. There were no Fields of Consciousness or ...

It is however a lovely woods with lots to see and explore; perhaps you will find more Manitou Stones if you do a survey.

As for the neutral vibe. We no longer honor space, or stop on a trek do to ceremony and pray. Also I have a sense that our electronic age with our laptops and cell phones are increasingly taking a toll on the land. So when we gauge places we need to understand all of the surface of our Mother is deteriorating. Progress is choking and contaminating Her and doing so to us and all of creation as well.

So given this, the Rand Tract is a nice place for a hike. I encourage you to visit.

Posted by madis senner at 5:03 AM No comments:

"The Earth's pole, the point where the Earth's rotational axis intersects its crust in the Northern Hemisphere, drifted in a new eastward direction in the 1990s, as observed by space geodetic observations. Generally, polar motion is caused by changes in the hydrosphere, atmosphere, oceans, or solid Earth. However, short‐term observational records of key information in the hydrosphere (i.e., changes in terrestrial water storage) limit a better understanding of new polar drift in the 1990s. This study introduces a novel approach to quantify the contribution from changes in terrestrial water storage by comparing its drift path under two different scenarios. One scenario assumes that the terrestrial water storage change throughout the entire study period (1981–2020) is similar to that observed recently (2002–2020). The second scenario assumes that it changed from observed glacier ice melting. Only the latter scenario, along with the atmosphere, oceans, and solid Earth, agrees with the polar motion during the period of 1981–2020. The accelerated terrestrial water storage decline resulting from glacial ice melting is thus the main driver of the rapid polar drift toward the east after the 1990s. This new finding indicates that a close relationship existed between polar motion and climate change in the past." 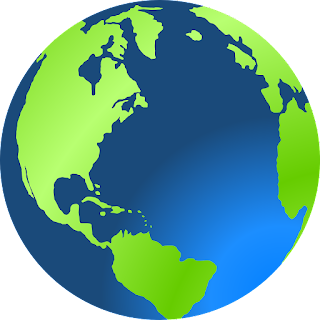 Posted by madis senner at 8:15 AM No comments:

Earthing--Heal Yourself and Our Mother

Get out and enjoy our Mother on Earth Day today. Say thanks.

You may enjoy watching the Earthing movie (below) that tells how beneficial it is to reconnect with our Mother by walking barefoot.

To learn more about earthing go to the Earthing Institute

Posted by madis senner at 9:47 AM No comments:

US West About to Declare Water Shortage

We already have water shortages around the world in places such as India, Australia...and now we may have an official shortage in America's west. Las Vegas and other western cities have had restrictions and limits on water for years. Recently the U.S. Bureau of Reclamation released its latest projections and  anticipates less water for the Colorado  River that supplies Lake Mead and Lake Powell that is a water source for many cities. See the link below.

Climate change and over population are behind water shortages around the world. We have been dealing with a global pandemic the last year, have been seeing rising temperatures and animal extinctions for years. Climate change is going to take an increasing toll upon us and all of creation. 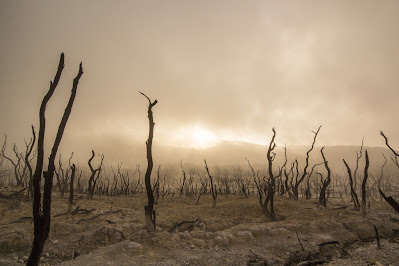 Posted by madis senner at 5:09 AM No comments:

Rachel Carson famously wrote about the dangers of the pesticide DDT in her book Silent Spring 60 years ago. It would birth out modern day environmental movement, lead to the creations of the EPA and much more. While Caron's book changed attitudes and got DDT banned it also caused companies to abandon using DDT and forced them to get rid of their stock. Unfortunately one company, Montrose Chemical, decided to dump their inventory of DDT into Pacific Ocean off the coast near LA, an estimated a half million barrels. Over the decades the banned toxin has worked up the food chain and is now leading to a surge in cancer among sea mammals such as the sea lion. The video below tells the story.

Posted by madis senner at 7:22 AM No comments:

Below is a link to the FULL MOVIE: Standing with Stones - an epic journey through stone age Britain & Ireland.  It is a remarkable feature length documentary film that takes the viewer on an epic journey of discovery, uncovering the true extent and variety of megalithic Britain and Ireland. Lots of little known information: clava cairns, recumbent  stone circles, drill holes in stones......

Well worth viewing if you are into stone structures, geomancy, sacred sites, ancient history......

Posted by madis senner at 5:27 AM No comments: