Earth’s magnetic north pole has been moving East at a rapid pace from Canada towards Russia and has now crossed the prime meridian. 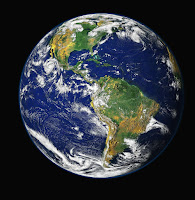 Posted by madis senner at 7:02 AM No comments:

NOAA Reports Last January was the WARMEST on Record

In the span of 141 years of climate records, there has never been a warmer January than last month, according to scientists at NOAA’s National Centers for Environmental Information.

What’s more, the temperature departure from average was the highest monthly departure ever recorded without an El Niño present in the tropical Pacific Ocean.

January 2020 marked the 44th consecutive January and the 421st consecutive month with temperatures, at least nominally, above the 20th-century average. 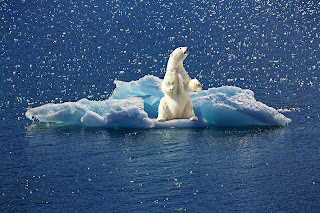 Posted by madis senner at 5:30 AM No comments:

The Great Goddess and The St. Michael's Ley

I have been working on my next book The Environmental Crisis is A Crisis of the Heart and came across an interesting take on the St. Mchael's Ley line in southern  England one of the most famous Ley Lines in the world. It is a Ley Line that connects many holy places (stone circles, megaliths, churches...). 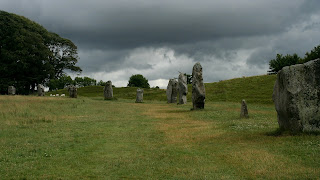 A Ley Line is a very contentions term to describe holy places aligned in a straight line. Some feel that they are merely a relflection of things aligned in a straight line. Others think them to be Energy lines, or an electrical current like a meridian, or nadi. Others like me think them to be conduits of consciousness that act like superhighways in the unseen world.
As John Michell notes,


The St. Michael Line of traditional dragons sites in south-west England (…) is remarkable for its length and accuracy. It appears to be set between two prominent Somerset hills, both dedicated to St. Michael with ruined churches on their summit.

Dragon Slayer?
Really?
Monica Sjoo and Barbara More in The Great Cosmic Mother, Rediscovering the Religion of the Earth have a very different take on St. Michael, on what a dragon slayer is, and what the St. Michael's line represents.
To them Dragon Slayer is another term for Goddess Slayer. Sjoo and More along with many others tell how the ancient religion of the Goddess/Nature and their matriarchal societies were assaulted by the Abrahamic patriarchal societies. You know "kill the pagans, burn the witches, Eve (evil women) is a sinner who tempted Adam(man), etc...."

Michell in the New View of Atlantis and others have talked about how the Church went to great lengths to seize, redefine and co-opt pagan holy areas by constructing churches over them. Basically defiling them. The sacred sites that the St. Michael's Line connects is one example.

Sjoo is into sacred sites and has visited many in Europe; particularly in England. I would not be surprised if she was a dowser and that some old timers may know of her.

Here is what Monica Sjoo and Barbara More  wrote n The Great Cosmic Mother, Rediscovering the Religion of the Earth


For hundreds of years male archaeologists have been excavating the (Silbury) mound (England), desperately hoping to find within it theBronze Age burial mound of an Essex king..But as Micheal Dames ... points out Neolithic culture was based on kinship not kingship. In Dames view the Silbury mound expresses a vision of cosmic unity long lost too patriarchy...One such dragon-slayer, or serpent-killing"hero," is St. MICHAELF. MANY OF THE EARLIEST Christian churches Britain, dedicated to St. Michael, were built precisely on the ancient mounds and high-places of the Great Goddess. in Christian lore, St. Michael was the head chief of band of angles (read "patriarchal Invaders") that went to war with the Mother Dragon and her people" Pages 105, 107 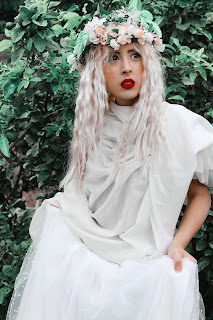 Posted by madis senner at 9:34 AM No comments:

The Boomerang(Karma) of Love, Joy, Happiness

Boomerangs are Acts of Kindness that Karmically Boomerang back to you. In the video below you will learn how bringing others Laughter, Joy and Happiness can boomerang back to you in unimaginable ways. A lesson in how to make Karma work for you. From Everything Has Karma: Learning to Embrace Our Interconnectedness.

Posted by madis senner at 12:21 PM No comments: