Posted by madis senner at 2:11 PM No comments:

I read the sad news today that the weakening of the Earth's Geomagnetic Field is accelearating. Here are links to the report, which contains links to the original research. I missed the earlier reporting this year. This is very bad news.

PETER DOCKRILL 27 DEC 2018
Above our heads, something is not right. Earth's magnetic field is in a state of dramatic weakening – and according to mind-boggling research from earlier this year, this phenomenal disruption is part of a pattern lasting for over 1,000 years.

Earth's magnetic field doesn't just give us our north and south poles; it's also what protects us from solar winds and cosmic radiation – but this invisible force field is rapidly weakening, to the point scientists think it could actually flip, with our magnetic poles reversing.

As crazy as that sounds, this actually does happen over vast stretches of time. The last time it occurred was about 780,000 years ago, although it got close again around 40,000 years back.

When it takes place, it's not quick, with the polarity reversal slowly occurring over thousands of years.

Nobody knows for sure if another such flip is imminent, and one of the reasons for that is a lack of hard data.

The region that concerns scientists the most at the moment is called the South Atlantic Anomaly – a huge expanse of the field stretching from Chile to Zimbabwe. The field is so weak within the anomaly that it's hazardous for Earth's satellites to enter it, because the additional radiation it's letting through could disrupt their electronics.

"We've known for quite some time that the magnetic field has been changing, but we didn't really know if this was unusual for this region on a longer timescale, or whether it was normal," physicist Vincent Hare from the University of Rochester in New York said in February this year. 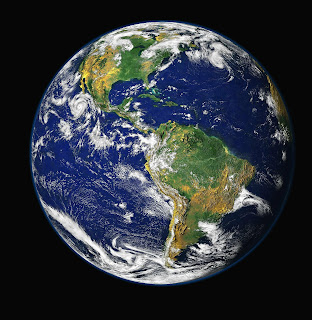 Posted by madis senner at 7:12 AM No comments:

Several structures remain from the Utopian communities that once inhabited Sodus Bay in Alton. First there were the Shakers followed by the Fourierists. Today the land has been reclaimed by the Cracker Box Palace Farm Animal Haven (crackerboxpalace.org) a farm animal rescue organization.

It is hard to imagine that there was a time in our region’s history when it played a dominant role in societal experimentation. Yet New York State was the home to several Utopian communities, most notably the Shakers and the Oneida Community. Shakers, the United Society of Believers in Christ's Second Appearance, were an offshoot of the “shaking Quakers" so called because of their ecstatic dancing. The Oneida Community was a Perfectionist community that believed humankind could achieve perfection and that communal living fostered it. 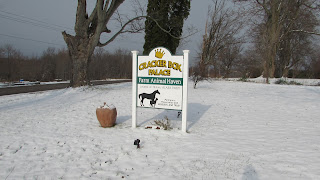 The Shakers were Millennialists who foresaw that the second coming of Jesus Christ was imminent and it would herald a thousand year golden age for humankind; In other words a radical transformation of the earth, an apocalypse of sorts. They saw hope and wonder, in sharp contrast to today’s survivalists and preppers that load up on guns and supplies ahead of what they envision as societal collapse.

The establishment of a Shaker community in Sodus Bay not only provided rich and fertile farmland, but a resting place for Shakers traveling between settlements in New England and those in Ohio and Kentucky.

But in 1836 when New York State proposed building a canal from Sodus Bay to the Seneca Lake that would bisect the Shaker lands the decision was made to move. In November of 1838 they sold their land to canal promoters and purchased 1,692 acres in Groveland. It took 2 years to move.

The economic crisis of 1837 created a long lasting recession that would eventually squash the Sodus canal plan. The Fourierists were able to purchase the former Shaker land at a good price in 1844.

Charles Fourier was a French mathematician, physicist and philosopher whose vision was inspired by the dehumanizing consequences of the Industrial Revolution. Several consider him to be the first climate change believer for hypothesizing that the earth’s atmosphere traps gases and helps heat the planet.

Fourier believed in God and reincarnation and that humankind along with the earth was evolving. Phalanxes were communities freed from property ownership where people could pursue their interests. It was felt that if individuals were not encumbered by capital and private property that they would live in harmony and make a better community. 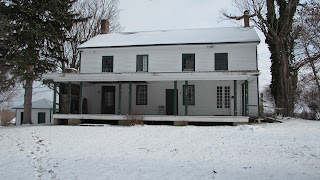 As Joscelyn Godwin notes in Upstate Cauldron, Eccentric Spiritual Movements in Early New York StateFourier felt that once harmony took place amongst people friendly competition would replace war, children would no longer see a distinction between work and play, and everyone would be rewarded for their work. This harmony would cause the earth to shift on its axis and in the process the rest of the solar system would rearrange itself in a more harmonious pattern.

While the phalanx promoted freedom of religion, schisms developed between the religious and secular members. People began sequestering the private property they had donated. Eventually the religious members left and it was not long before the experiment ended. The Sodus Bay Phalanx lasted a little over 2 years, 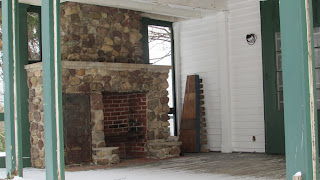 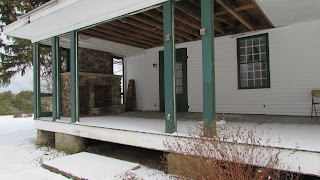 With the help of the Genesee Land Trust, New York State Office of Parks, Recreation and Historic Preservation and individual donations the Cracker Box Palace Farm Animal Haven was able to purchase this historic site in 2013. It consists of 627 acres and is open to the public daily from 10 a.m. to 3 p.m.

While the Utopian dream at Sodus Bay may be gone, it has been replaced by the dream of a better life for animals.

Sodus Bay Phalanx, https://freethought-trail.org/trail-map/location:sodus-bay-phalanx/
Posted by madis senner at 4:55 AM No comments:

After my talk at Books, ETC. in Macedon this Saturday I went visited the Butterfly Nature Trail in the Canal Park-Lock 30 area. My map dowsing had showed that there were Fields of Consciousness on the canal side as you face the trailhead. 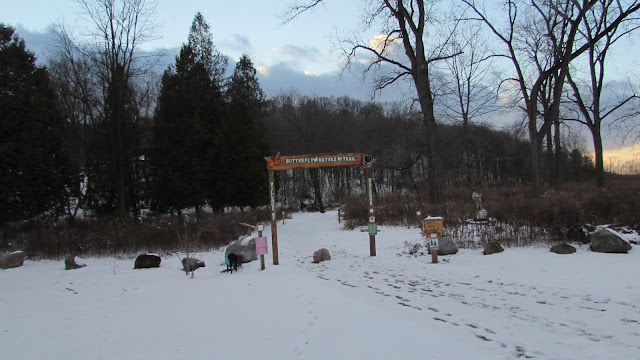 Trailhead. Fields of Consciousness are to the right.

What a vibe. As soon I entered the parking lot I was blown away. Such an awesome vibe in such a very public space. Amazing. We need Mother Earth to achieve our fullest potential and she needs us to achieve Hers. A vibe significantly enhances a space. No vibe, not much there.

I regularly find positive to very positive vibes along with Natural Vortices (Energy Vortex) in the woods in hidden places. Not in public places. Not next to, or part of a parking lot. 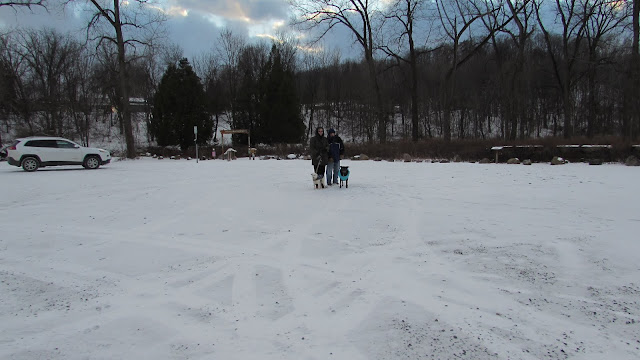 Janice and John and my dogs Jaeda Bear and Pepper are standing in the FOC. It is a stacked 12, with 12 Fields of Consciousness upon each other, the highest. There is a water dome underneath the FOC; which one assumes formed in response to the prayer/ceremony/meditation and good thoughts/actions that took place there in the past.

The canal is to my back. Notice the trailhead arch in the background. 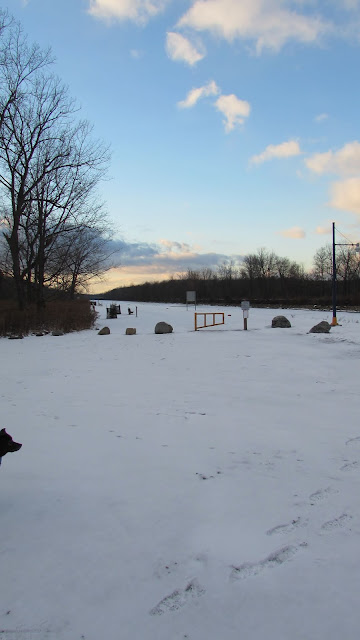 Here is another reference point to help you find the FOC (S12.) Looking west along the canal. 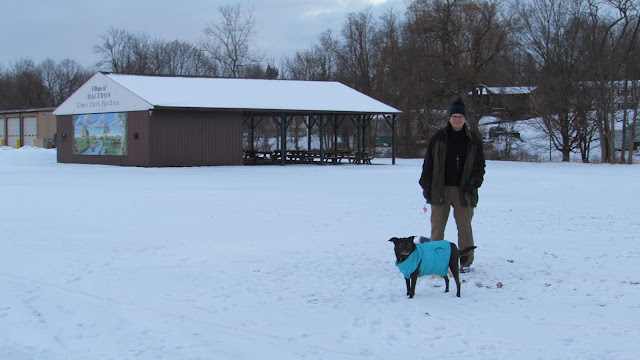 It as well rests on a water dome. There may be a vortex ring there as well. Unfortunately it was really cold and windy when we visited late this last Saturday afternoon. This FOC is amazing given it is in such a public space.

I hope to go back this summer when the temperature is a little warmer.

If you live in the metro Rochester area I encourage you to go visit and experience  the Fields of Consciousness in the Canal 30 area in Macedon. A powerful FOC (S12) along with a very positive vibe will better help you sense and feel the consciousness. It will also give your soul a powerful dose of soul-nourishing consciousness--making you more loving and compassionate. SWEET.

CBS's 60 minutes did a segment on the monumental study the NIH (National Institute of Health) is currently doing on the affects of screen time on children (9 and 10 year olds.)

The NIH found a thinning of the cortex in the brains of kids that spend lots of time on screen. The NIH refused to make a judgment about whether this is good, or bad--saying it is usually associated with maturity. Really?  Only 5 or  6 years ago the age of adolescence was extended to 25-28 because of immaturity.

Children that spend more than 2 hours of screen time  don't think as well.

Screen time isolates you. They found a  spike in kids that feel lonely and depressed. There was a  rise in kids cutting themselves.

Technology also does grave damage to Mother Earth and disconnects us from Her.

Posted by madis senner at 5:24 AM No comments: