It was reported today that an unusual compression/crunch within a section of the geomagnetic field led to anomaly in the Norther Lights causing it to twist and contort in unusual patterns..
A mysterious crunch in Earth's magnetic field created a new type of aurora borealis.
Scientists said that it was the first time that they have seen an aurora caused by a compression. They noted that it was not caused by the sun. 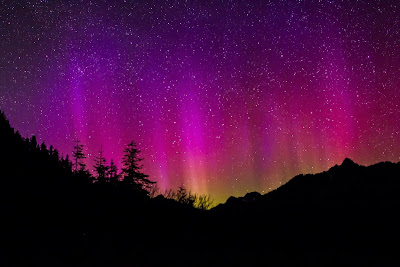 The article noted that,


On the day of this particular aurora, a NASA satellite detected a huge compression in Earth's magnetosphere (the protective bubble that the magnetic field creates around the planet) at the moment the lights began spiraling.

Scientists believe it may have been a magnetic storm at the periphery of the geomagnetic fields, but don''t know for sure why the compression happened.

Internal Factors ?
The article gave no consideration to internal factors within the  the geomagnetic  itself for being behind the compression. Instead the focus was on an exogenous shock. Consider


Something very strange is afoot. The compression in the geomagnetic field is not a good omen. Unfortunately we have not idea of what it portends. Is a pole shift, possibly a physical shift coming? Will climate change and a weakening geomagnetic field create new unimaginable problems?....

Click on pole shift or below to read previous posts on a pole shit.

Below is a video from PBS Space time on the reversing of the Earth's Magnetic Polies.

Posted by madis senner at 3:10 PM No comments:

Today marks the turning of the year when the days begin to get longer. The past year and what it meant and how it defined you is behind you; a new year is here.

It is time to celebrate and see the positive of increasing light as the cold, wind and snow gain strength.

The holidays will soon pass and the time of hibernation will be upon us. Make the most of this gift. See it as an opportunity to grow, to reflect and to make anew. Soon Spring will be here and it will be  time to plant those seeds of growth and change that you forged during your slumber..

For millennia people would celebrate the solstice and see it for the wonder that it is. Their thoughts, their actions and intentions are buried in the land and around us. A wonderful inheritance that we can tap into by celebrating the solstice.

Celebrate the solstice--get outside, give thanks, hug your Mother. Have a ceremony, say a prayer, burn a candle, light some incense.

We too were once connected to our Mother--to the land, the sea and air. Renew that spirit and tap into the wonder and joy of this day.

CELEBRATE THE SOLSTICE IN SOME WAY. 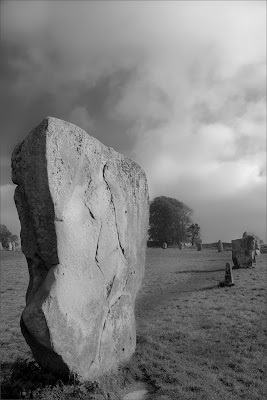 Posted by madis senner at 6:04 AM No comments:

The Karma of Water Video--Drink Living Water, Not Processed Water

Water like everything retains a memory (karma) of its treatment and where its been.This karma will effect the quality of the water.  Learn why you may be drinking "processed water" that is bad for you and not high quality "Living Water" that is good for you.

Posted by madis senner at 4:58 AM No comments:

The 14th annual Arctic Report Card, compiled by more than 80 scientists for the National Oceanic and Atmospheric Association showed that warming in the Arctic region is accelerating with troubling findings.Temperatures in the Arctic were the second-warmest on record for an 11-month period ending in August. The permafrost continues to thaw, potentially releasing up to 600 million tons of carbon into the atmosphere each year. Fish are beginning to migrate north. The Greenland Ice sheet melting is accelerating.....

Posted by madis senner at 7:09 AM No comments:

I visited the Peacemaker's Sanctuary at Onondaga Lake earlier today. The snow muffled the  sound of nearby traffic. I saw no one during visit, or walking around the park. Nice. It was very quiet and serene.

Both energy vortices attached to the benches were still intact. The vibe of the space was still very positive to extremely positive.

I encourage everyone to visit this divine place. Winter provides quiet and solitude. Click on the right or below for directions,
Directions for the Peacemaker's Sanctuary Onondaga Lake

Below are a few pictures. 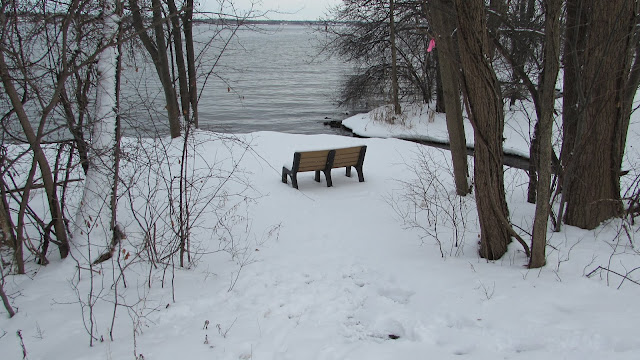 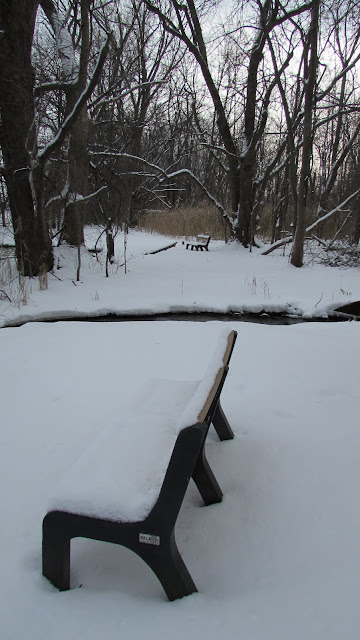 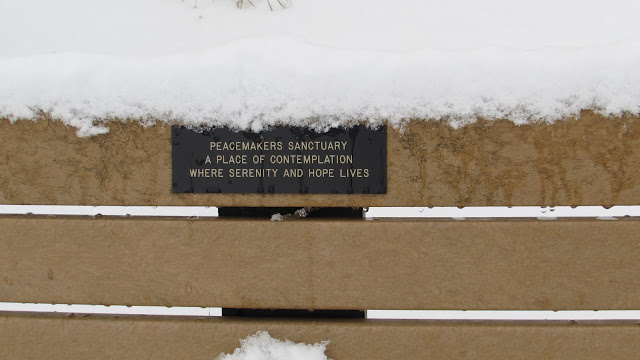 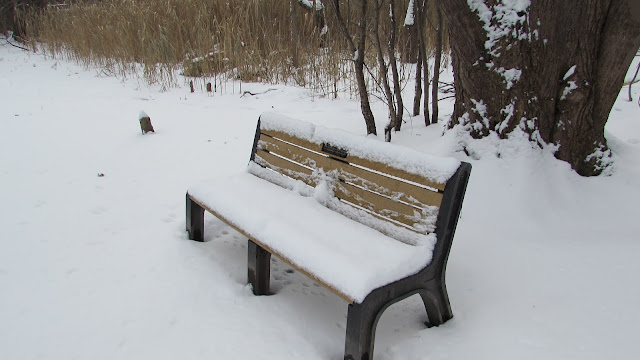 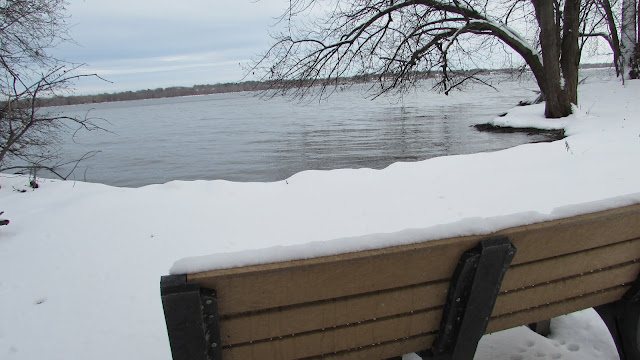 Posted by madis senner at 11:43 AM No comments:

The World Meteorlogical Organization came out with a report today noting that climate change is accelerating and getting worse. You can click on the link to read the press release or watch the video below.

Posted by madis senner at 8:01 AM No comments:

I recently visited  Oxbow Falls in Madison County, just south of Canastota for a sacred sites survey. I was drawn there because a map dowsing showed that it contained  a Field of Consciousness ( FOC). FOC are where Lines of Consciousness (Ley Lines, Spirit Lines) originate from and emanate divine consciousness. My book Sacred Sites in North Star Country: Places in Greater New York State (PA,OH,NJ,CT,MA,VT,ONT) That Changed the World  details the transformative power of FOC and where they can be found in America's northeast and in southern Ontario, Canada.

Oxbow Falls consists of 125 acres of wooded trails and a waterfall. It also has spectacular views of Oneida Lake as the pictures below show. 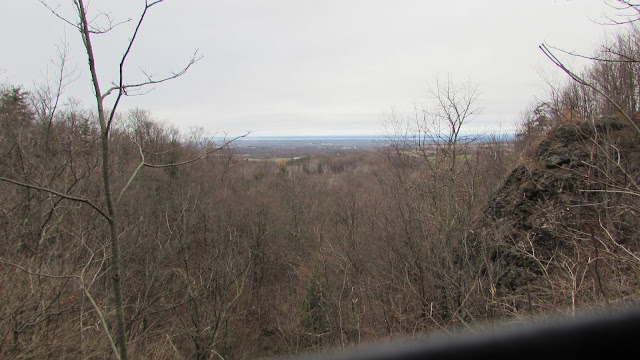 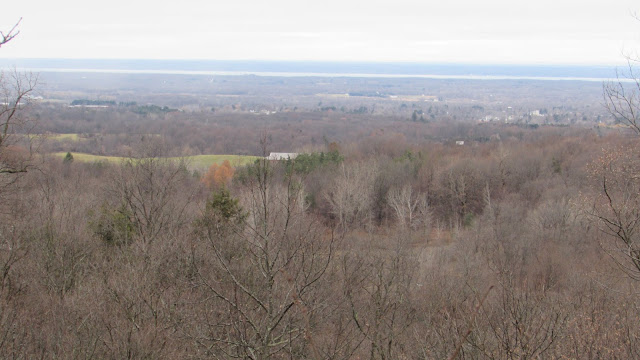 The Field of Consciousness was not far from the waterfall. In the picture below my backpack marks its center. Notice the tree limbs in the background arranged as a teepee.. 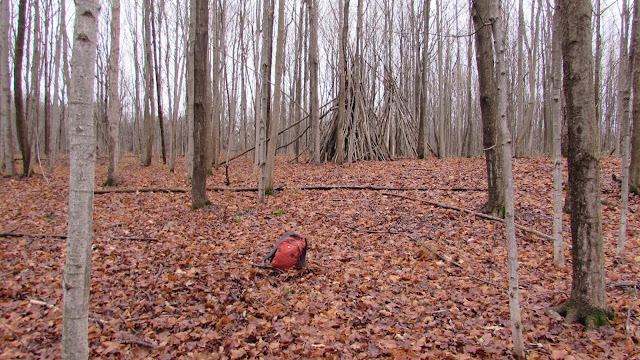 My friend Janice Carr noticed that closely several stones were aligned in a straight-line. My dowsing showed them to be marking an energy line. 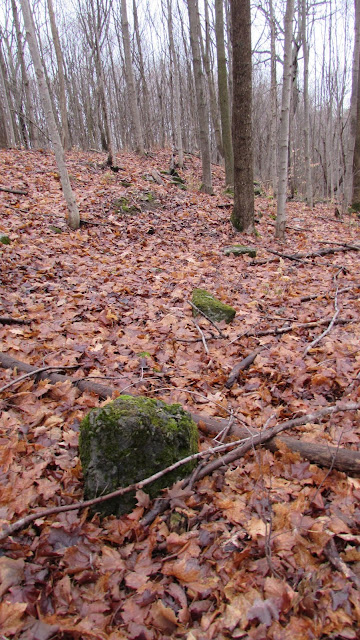 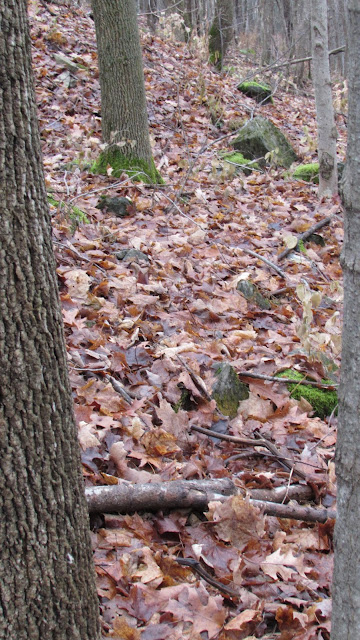 As you can see the alignment extended some distance.

There were lots of other formations in the area such as the Manitou Stones below. I was not sure whether the pair had fallen over, or they had intentionally been placed on their sides. 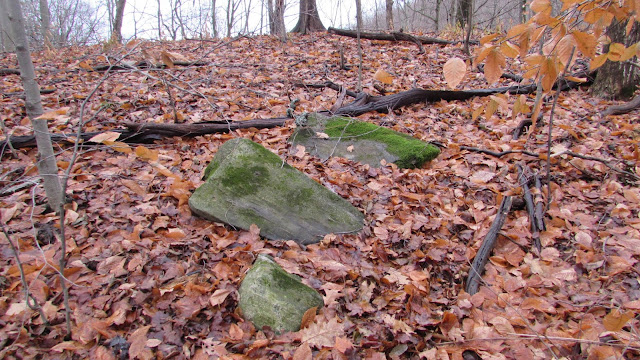 Unfortunately, the water was running low and Oxbow Falls was bare. 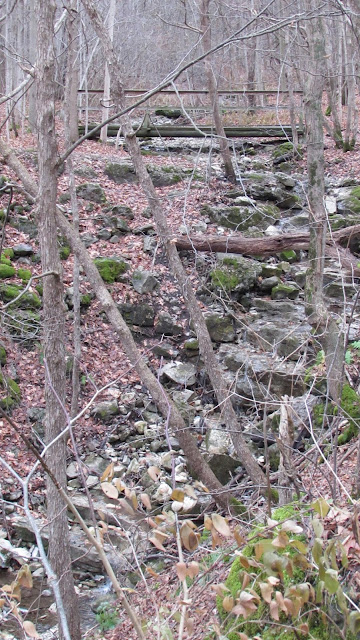 The woods are full of all sorts of wonder and ancient stone works.. All one needs is to know what to look for and keep an open mind. It was a joy and another fun day at one of our Mother's many sacred areas.

Blessings,
madis
Posted by madis senner at 5:14 AM No comments: