The following is my blogpost from Life in the Finger Lakes. 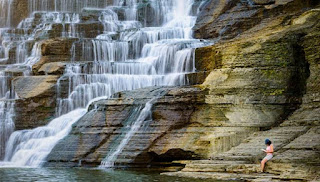 It seems almost insane to be writing about how the Finger Lakes and Upstate New York Regions will be seeing an influx of people moving here while statistics show that we are still losing residents. Yet I firmly believe in the years ahead our population will grow by leaps and bounds. Why?
Climate change. People looking to escape rising temperatures, rising sea levels, increasing wildfires, more severe weather – tornadoes, hurricanes, rain bombs, microbursts and more will seek refuge in our area.
While migration patterns on balance are still towards the south and west there are also the beginnings of an undercurrent that runs counter to this trend. People in climate stricken areas in southern parts of the world are moving north.
NBC recently reported that the mass migrations we are seeing at our southern borders are the result of an extended drought in Central America. Last month Fortune magazine wrote that the USA will never solve its migration problem until it solves climate change.
Some may think my talk foolish. I firmly believe that we are seeing the nascent beginnings of how climate change will affect every aspect of our lives for the remainder of the century. I am not alone. The United Nations said that climate change is the defining issue of our time. The Nature Conservancy and others concur.
Many of us in the Finger Lakes Region have winter homes in Florida, or in other states in the southeast. Solomon Hsiang a professor of public policy at the University of California, who has written extensively about climate change, told Rolling Stone magazine that it is not a very pretty picture for America’s southeast. According to Hsiang the southeast will be the biggest loser due to damage from increased flooding, higher heat mortality and lower agricultural yields and will see an exodus of people. The migration of people will be northward, in particular the northwest, according to Hsiang.
As for the southwest, the Rolling Stone article says “In the not-so-distant future, places like Phoenix and Tucson, will become so hot that just walking across the street will be a life-threatening event.”

Posted by madis senner at 4:01 AM No comments:

With 100° plus feel like temperatures(temperature and humidity levels) forecast for the Eastern USA we need to realize that climate change is making such heat waves the new normal. We also need to understand that going forward climate change will impact every aspect of our lives.

Here is a link to a NY Times article on climate change and heat waves. Since the 1960's the number of heat waves has tripled in major US cities and  last on average 45 days longer. 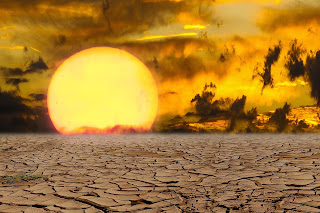 Posted by madis senner at 7:46 AM No comments:

Swami Vivekananda's cottage in the Thousand Islands IS OPEN

Swami Vivekananda's cottage in the Thousand Islands IS OPEN. It is a must visit for anyone interested in Hinduism and its vedanta, yoga and meditation. It is only opened briefly in the summer. It provides for a lovely day visit. The Thousands Islands is spectacularly beautiful. 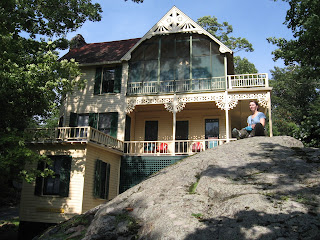 Swami Vivekananda's Cottage in the Thousand Islands Park on Wellesley Island in the Thousand Islands will  be open until July 27th this year. The cottage itself will be open those days from 10AM to 12 Noon and from 4PM to 6PM. You can certainly walk the grounds when the cottage is not open.  The worrisome thing is that it seems that the visit time is being reduced each year. Years ago they used to have a lovely satsang--chanting and singing followed by a group meditation.


The room upstairs where the Swami stayed while he was there for 8 weeks in 1895 (he lectured and taught on Vedanta) has a powerful vortex; one that put me instantly in the balcony a few years ago. Very, very strong. You definitely need to meditate in the room--the vortex is located in the center of the room.


Make sure to visit the rock/tree in the back (it is a short 5 minute walk) where Swami Vivekananda achieved the highest state of Samadhi. It said that on his last day August 7, 1895 at the Thousand Islands the Swami went into the back woods to meditate and froze solid in meditation and remained oblivious to torrential rain and is said to have achieved nirvikalpa Samadhi. (Page 104)


“He had a unique experience of inner freedom at the Thousand Islands Park which he expressed eloquently in his poem “The Song of Sannyasin”. He wrote from there to a friend:


“I am free, my bonds are cut, what do I care whether this body goes or does not go? I have a truth to teach—I am a child of God. And He that gave me truth will send me fellow workers from the earth’s bravest and best.” Page 105-106
Source Vivekananda a Biography (1953)
The tree has since died, but a new one has been planted and a memorial erected. It is a short walk to the back. 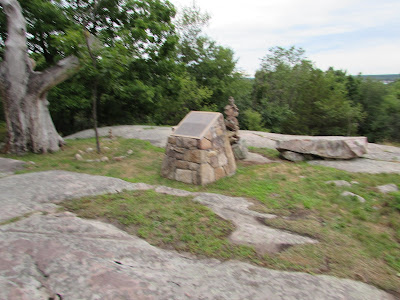 The Swami from the NYC Ramakrishna Vivekananda Center will teaching a program in spirituality beginning Wednesday July 27 in the evening and ending Saturday at noon.

My book Sacred Sites in North Star Country: Places in Greater New York State (PA,OH,NJ,CT,MA,VT,ONT) That Changed the World has wonderful writeup with other suggested places to visit on Pages 241-257, the cottage is on pages 242-249.


Here are some helpful links.

Directions to the Cottage

Vivekananda's speech to the Worlds Religion that catapulted him to fame. I never noticed it before that he begins Sisters and Brothers and not Brothers and Sisters. BRAVO!

The preceding is an old post that I put out each year. 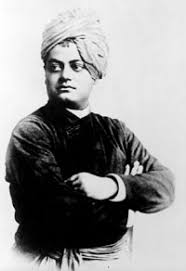 Posted by madis senner at 1:14 PM No comments:

If you have had a chance to watch the 3rd season of Marvel Comic's  Jessica Jones (Netflix) you will have seen Jessica's recent flame, Erik Gelden. He has an unusual superpower; he can sense evil. When he gets close to an evil person he gets a bad migraine beginning from behind his eyes. The closer the person to him and the darker their evil the greater the pain.

There is something to this. 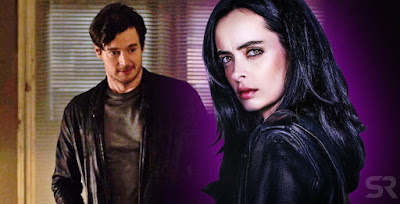 According to Hindu Vedanta the seat of your consciousness is located in the area of your forehead. It is your mind screen and its called your Chidakasha,

YOUR CHIDAKASHA IS WHERE YOU WILL SENSE AND FEEL CONSCIOUSNESS.

When I began to meditate in powerful Fields of Consciousness(FOC) I was taking on massive amounts of Spiritual Nutrition that was nourishing my soul and helping facilitate its transformation. I like Erik Gelden began to become highly sensitive to the consciousness, or morality, of the places and people I came in contact with. Sadly most are not good so I would get headaches like Erik; only when it was really bad it felt as though a large set of vicegrips/pliers where gripped around my temple area and squeezing hard.

Over time my sensitivity to the consciousness that I came in contact with began to diminish. I began to sense it less, unless it was just after meditating in a powerful FOC. I still feel consciousness, particularly if I focus on it, or run into someone very negative/dark.

While some may consider Eric Gelden a superhero he is only a person that can sense what is going on 24/7 with us. 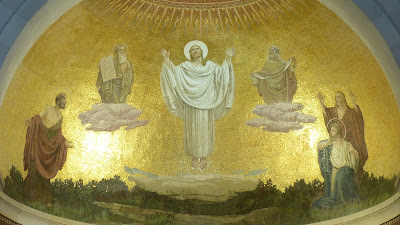 Posted by madis senner at 12:31 PM No comments:

A recent Study in Science Magazine said that an aggressive program to plant trees globally would reduce carbon pollution by 25%.

The potential for global forest cover
The restoration of forested land at a global scale could help capture atmospheric carbon and mitigate climate change. .. This would represent a greater than 25% increase in forested area, including more than 500 billion trees and more than 200 gigatonnes of additional carbon at maturity. Such a change has the potential to cut the atmospheric carbon pool by about 25%.

The restoration of trees remains among the most effective strategies for climate change mitigation. We mapped the global potential tree coverage to show that 4.4 billion hectares of canopy cover could exist under the current climate. Excluding existing trees and agricultural and urban areas, we found that there is room for an extra 0.9 billion hectares of canopy cover, which could store 205 gigatonnes of carbon in areas that would naturally support woodlands and forests. This highlights global tree restoration as our most effective climate change solution to date. However, climate change will alter this potential tree coverage. We estimate that if we cannot deviate from the current trajectory, the global potential canopy cover may shrink by ~223 million hectares by 2050, with the vast majority of losses occurring in the tropics. Our results highlight the opportunity of climate change mitigation through global tree restoration but also the urgent need for action. 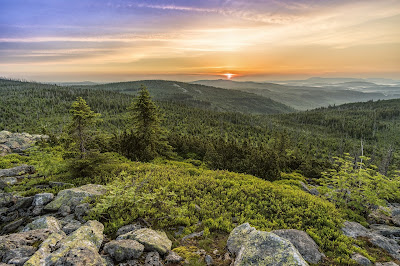 Posted by madis senner at 5:11 AM No comments:

A Second 'ROUND' of Robins

I went to take down the Robin's nest from my backyard patio and found two eggs within it. So I put the nest back. I posted a few weeks back about Robins nesting over my patio light for the last few years. I had seen Robins milling around the nest thinking it a bit strange; perhaps the fledglings not wanting to fully leave their nest?

Below ia a picture of the nest I took a couple of days ago. 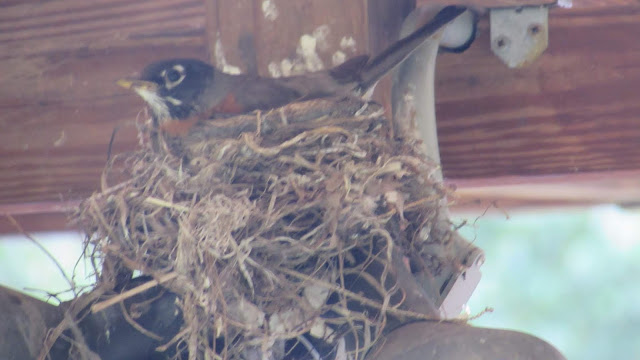 Posted by madis senner at 5:52 AM No comments: