A just released study (see below) finds that the humans have a magnetic sense that allows our brain to detect the Earth's magnetic fields. Further that as with all human abilities there is great variability amongst people's sentience of the magnetic field.

To me this is great news because I believe it underscores my work with our Mother and Her aspects such as Fields of Consciousness, the Life Force and Earth Chakras and a host of other Earth Energies. I also believe that older civilizations had greater sentience of the magnetic field and respect for our Mother and would create stone structures to enhance Her.

At the same time it makes me wonder what consequences a pole shift would have upon us and our magnetic sense.

What affect is the weakening geomagnetic field having upon different species such as birds, bees...?

Is being sentient of Mother Earth truly beneficial as I believe? Will it help in dealing with a pole shift? 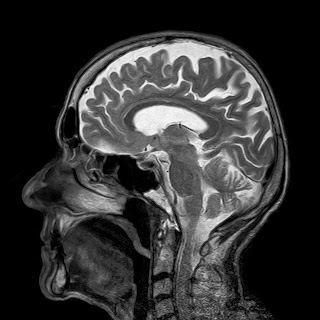 
Do human beings have a magnetic sense? Biologists know other animals do. They think it helps creatures including bees, turtles and birds navigate through the world.
Scientists have tried to investigate whether humans belong on the list of magnetically sensitive organisms. For decades, there’s been a back-and-forth between positive reports and failures to demonstrate the trait in people, with seemingly endless controversy.
The mixed results in people may be due to the fact that virtually all past studies relied on behavioral decisions from the participants. If human beings do possess a magnetic sense, daily experience suggests that it would be very weak or deeply subconscious. Such faint impressions could easily be misinterpreted – or just plain missed – when trying to make decisions.
So our research group – including a geophysical biologist, a cognitive neuroscientist and a neuroengineer – took another approach. What we found arguably provides the first concrete neuroscientific evidence that humans do have a geomagnetic sense.

How does a biological geomagnetic sense work? 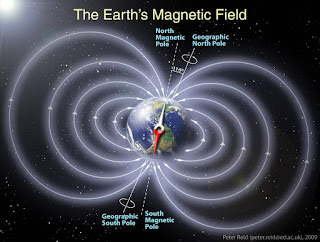 The Earth is surrounded by a magnetic field, generated by the movement of the planet’s liquid core. It’s why a magnetic compass points north. At Earth’s surface, this magnetic field is fairly weak, about 100 times weaker than that of a refrigerator magnet.

Over the past 50 years or so, scientists have shown that hundreds of organisms in nearly all branches of the bacterial, protist and animal kingdoms have the ability to detect and respond to this geomagnetic field. In some animals – such as honey bees – the geomagnetic behavioral responses are as strong as the responses to light, odor or touch. Biologists have identified strong responses in vertebrates ranging from fish, amphibians, reptiles, numerous birds and a diverse variety of mammals including whales, rodents, bats, cows and dogs – the last of which can be trained to find a hidden bar magnet. In all of these cases, the animals are using the geomagnetic field as components of their homing and navigation abilities, along with other cues like sight, smell and hearing.
Skeptics dismissed early reports of these responses, largely because there didn’t seem to be a biophysical mechanism that could translate the Earth’s weak geomagnetic field into strong neural signals. This view was dramatically changed by the discovery that living cells have the ability tobuild nanocrystals of the ferromagnetic mineral magnetite – basically, tiny iron magnets. Biogenic crystals of magnetite were first seen in the teeth of one group of mollusks, later in bacteria, and then in a variety of other organisms ranging from protists and animals such as insects, fish and mammals, including within tissues of the human brain.