Murder struck my neighborhood this summer at the 2800 block of James Street in the Eastwood section of Syracuse. What made this murder so disheartening was that a murder had occurred at the exact same location 7 years earlier in 2008.While Eastwood has had its share of violence, murders are a rare event. I don’t believe that there was another killing in Eastwood between 2007-2015. 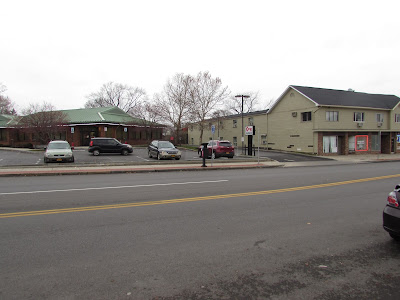 The fact that an act of violence would occur at the exact same place is not that surprising. The land retains an imprint, or memory, of what transpires at a particular place. If it is a very emotional event then the imprint will be much stronger.

Imprints like all thoughts encourage repetitive thinking, or behavior. Think of an earworm, a song, you could not get out of your mind. So it is with land imprints, they encourage and beckon us to repeat what has happened before at a particular place.

In Vortices and Spirals (page 21) I tell of an experience noted British archeologist and dowser TC Lethbridge had while collecting seaweed with his wife in Ladram Bay in England. Because the space gave them a queasy and uneasy feeling they decided to investigate the cliff above. While on the cliff they felt as though someone put a thought into their mind to jump off . Lethbridge felt that they were picking up the thoughts of someone that either jumped off the cliff, or wanted to. He also noted that five other people experienced the same urge, or thought, to jump off while at the cliff.

No doubt the murderers in Eastwood were in some way drawn to the 2800 block of James Street.

Land imprints encourage us to repeat the actions, or thoughts, that occurred at a particular place. That is why it is so critical to clean up places where violence or other bad actions occur—otherwise the violence that transpired there will reoccur again and get stronger with each incident. I did go to the prayer vigil held by Mother’s Against Violence in  2008; but unfortunately missed the one in 2015. I have since prayed for the space on several occasions.

Place matters—work to clean up places of violence and bad acts close to your home. Understand also that if you treat a space as being sacred it will bring out the divine in everyone that comes in contact with it. Spread the LOVE, MAKE SPACE SACRED!