The mounds in Long Branch Park at Onondaga Lake  have always been a source of debate. They really stick out in what is a relatively flat area and given that much of the original land surrounding Onondaga Lake was marsh like a strong argument can made that they are man made; If so, by who? 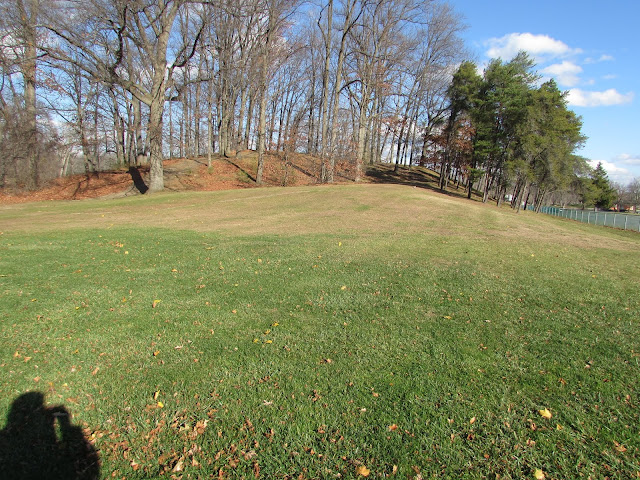 Back 2001 to 2005 I spent a lot of time praying and holding events around Onondaga Lake, as well as researching its history.  When I originally posted this I thought  Arthur Parker, an archaeologist of Seneca descent felt they were Native made. New York State Archaelogist William Ritchie felt it was a natural formation. So far I have been unable to verify this; I did however find in book on prehistoric sites that William Beauchamp refer to two mounds at the north/west end of Onondaga Lake. More research.....

While Parker’s conclusion seemed correct there was no verify that it was made by Native Americans—until now.

In the intervening years my geomancy knowledge and dowsing skills have dramatically improved.  A few weeks back I returned to the mound to reexamine it.

A preliminary examination indicates that it was most likely constructed by Native Americans,  probably by the Hopewell Adena; who are referred to as the mound builders for the many mounds they built. I am leaning towards this conclusion because the mounds cover numerous earth chakras; a pattern of working with Mother Earth that I have  consistently found at Hopewell Adena sites. (See my review of South Hill, Hi Tor State Forest at the southern end of Canandaigua Lake.)

When I say earth chakras, I am referring to the apparatus involved with the movement of Earth Prana, one the most abundant energies/pranas in the ether; it is the primary prana attracted during an energy healing.  Earth Chakras attract the Earth Prana and funnel it into the earth where it nourishes plant life.

Let me say that it is my belief that ancient cultures had a much, much stronger bond with, and reverence for Mother Earth. They looked for ways to better connect with Her through ceremonies, rituals, and vision quests. As a consequence their intuitive selves could better sense and feel Her many emanations.

Many stone structures and  mounds were created  to better connect with Mother Earth and experience Her emanations; either for spiritual/ceremonial purposes or for healing.  In other words, stone circles and mounds and the like were erected in special places of Mother Earth, or places where they could sense Her emanations.

John Michell in his classic The New View Over Atlantis talks about what he called "sacred engineering."


([P]rehistoric civilization was founded on the universal control of those invisible currents which move over the surface of the earth, the fields of gravity and electromagnetic energy." (page 197)

I also believe that different cultures emphasized different aspects of Mother Earth and often had a specific pattern to their structures. As such you can assume that the emphasis of a structure on a particular aspect of Mother Earth would be an indication of who it was created by.

I first discovered this pattern at South Hill in HI Tor NYS Forest in 2008.

If the mounds were created by the Hopwell Adena then they are a sacred site and should be treated so accordingly.

More work certainly needs to be done and I will post what I find. 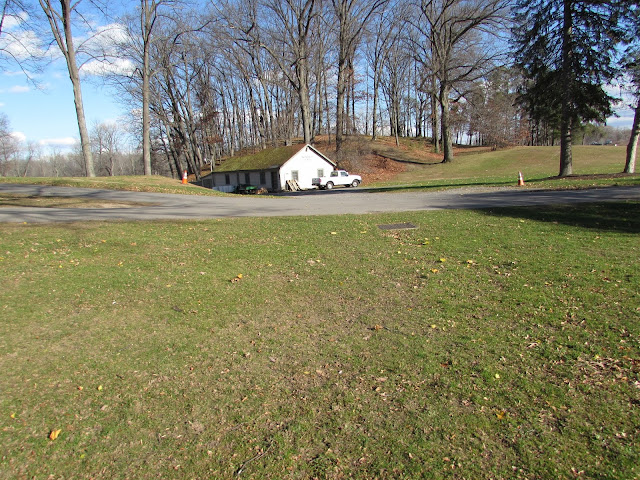