One of the issues I am tackling is to improve the legitimacy of dowsing and geomancy. It seems whenever we get a group of dowsers together one finds one thing, another finds another thing. Probably one of the greatest controversies is over what Ley Lines are and even dowsing out, or finding Ley Lines. To that affect I put the following request below in the ASD Digest's Fall Issue, requesting pictures of Ley lines be sent to me.

If we are to elevate dowsing we need to bring greater legitimacy and consistency to it.

PS I will post pictures as I receive them.


An Appeal for Information (Photos) on Ley Lines

I would appreciate your help and input. I am trying to reconcile what we in the states call ‘Ley Lines’ and what the British Society calls ‘Energy Leys.’ 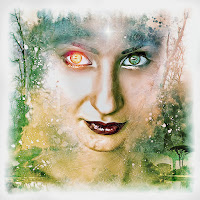 Recently, I submitted an article that was published in the Spring Issue of the Digest (‘Charged Ley Line’
Charged Ley Line video) to Alanna Moore of Geomantica (an excellent e-magazine dedicated to geomancy, eco-sensitivity and earth harmony.) She told me that the Irish Society ofDiviners uses the term Energy Leys and not Ley Lines and she could not publish something titled with the words, “Ley Lines.’ I told her I had no idea what Energy Leys are. Instead I told her to please use the term Lines of Consciousness (LOC), or Spirit Lines.

Then this summer when I reached out to Sig Lonegren about Stone Chambers he told me that a water line emanating from the Whangtown Stone Chamber, as I note in my article on Putnam County Stone Chambers in this issue, had an Energy Ley running next to it. I did not know what an Energy Ley was at the time (still don’t) and was not able to dowse it out. I felt pretty strongly that there was no Ley Line next to it.

Hence, why I want to distinguish what a ‘Ley Line’ is and what an ‘Energy Ley’ is.

First, I want to know what other members dowse out as a Ley Line. At this point I don’t care whether you think they are--energy, or consciousness, or a highway in the unseen world; or are part of Mother Earth, or created by humankind, or... I will attempt to hash out those issues later.

I was taught to dowse Ley Lines by well-known dowsers and have dowsed them out with many of you. I have spoken about Ley Lines within my presentations at the last two conventions and have dowsed them out with several of you. I do believe that there is much uniformity of opinion of what we dowse out as a Ley Line in the states. Again, I do not care at this point what you think they are, or are not.  I just what to know whether we do, or do not, dowse out the same thing we call a ‘Ley Line.’

Please email me, or mail me me pictures of Ley Lines you have dowsed out. If you can please send a photoshopped picture with a line marking the Line Ley. Or just send me a picture with two objects on the Ley Line that are 10-30 feet apart.