On my way to speak at the Seneca Falls and Canandaigua Libraries on Saturday I drove by Willow Bay at Onondaga Lake and tit appeared more flooded than usual. The stretch of several 60° days and torrential rains on Saturday raised concerns that the farthest bench at the Peacemaker's Sanctuary was vulnerable to being swept away. 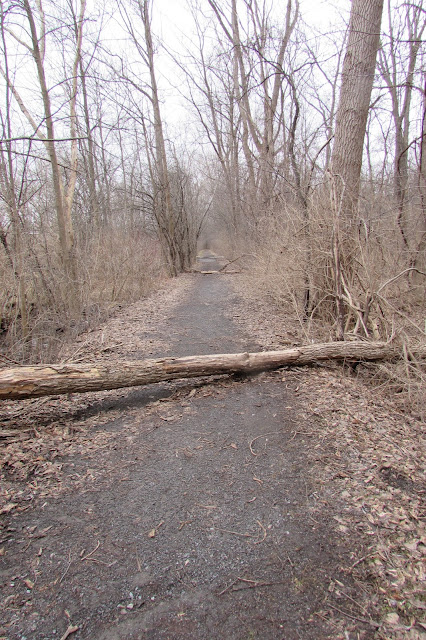 There were several trees that had fallen on the Stairway to Heaven section of the Lakeland Trail, but it was surprisingly not flooded. 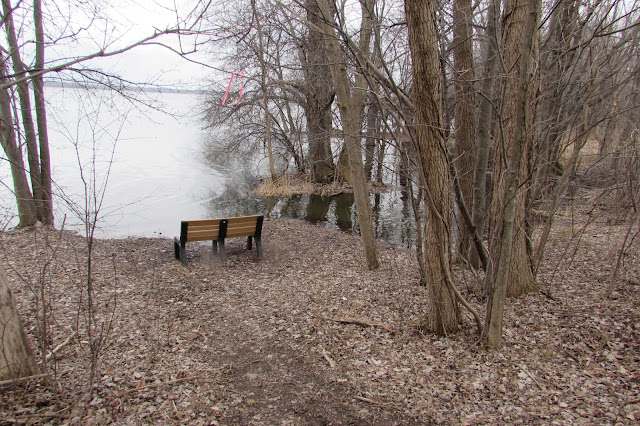 Water was close to the main bench, but it was clear of water. 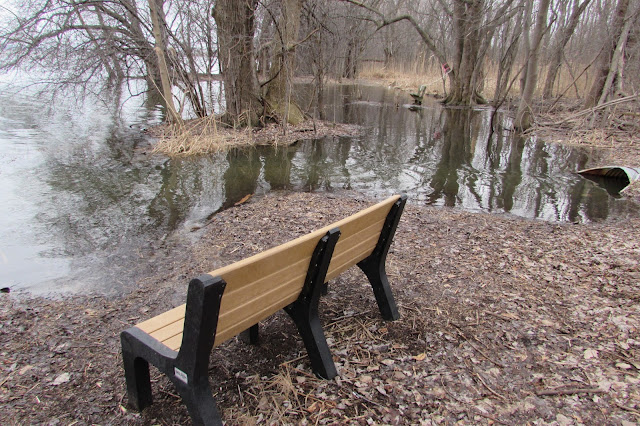 You can see the second bench in the distance. Water blocked access to it. 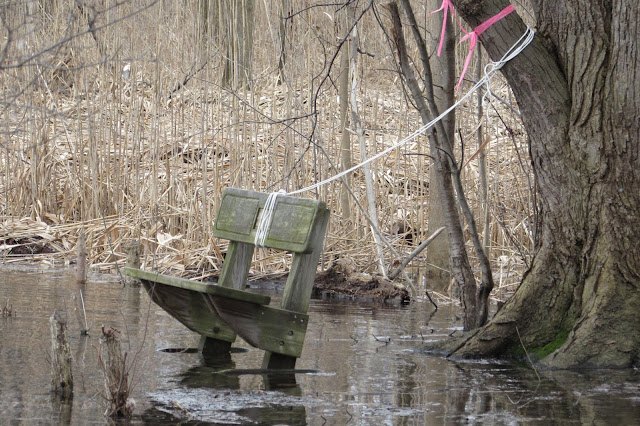 Closer inspection of the farthest bench shows that the legs are in water, but the rope I used to secure it by tying it to the tree behind it was not taut. So there had been no pressure by the water to move it. 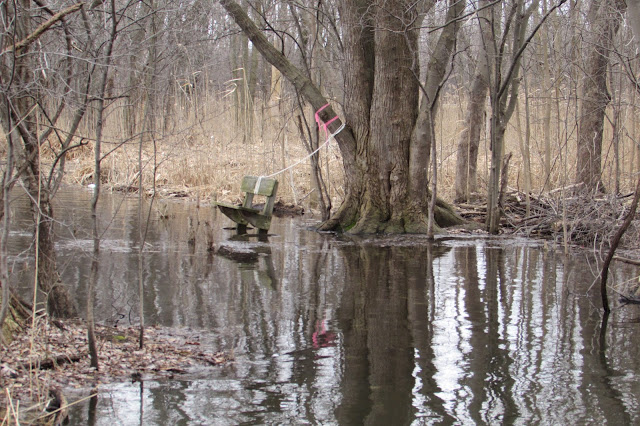 Safe and secure, at least for now.

I ddid some work on the Welcome Circles and briefly meditated on the first bench. Nice.