If you have been to Gossamer Wood you have probably experienced the Spirit Keeper's Circle and its powerful Vortex. You may have also noticed the tops of several large stones that are flush with the ground within it. I finally got around to dowsing a few of them and they mark the intersection of Energy Lines. 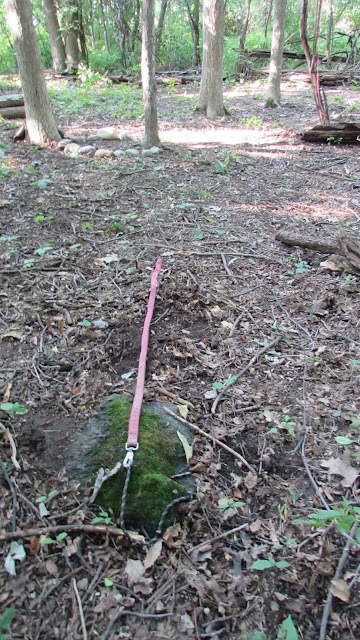 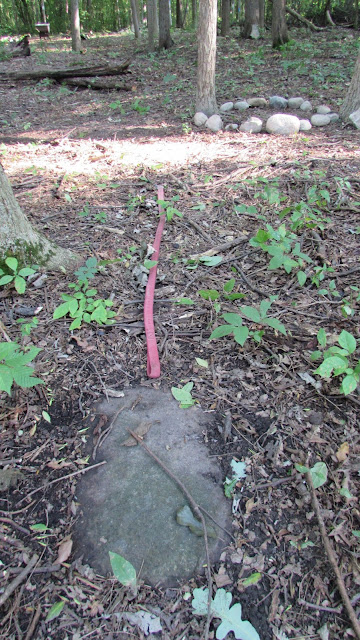 The red dog leash marks an energy line connecting  two stones. As noted several other Energy Lines intersect at the stones as well.

I imagine that the stones are at least a foot, maybe several feet, high and that over the years debris has accumulated raising the earth around them.

Interestingly I have been working that area hard when at Gossamer recently and have felt my subtle body inundated with energy more than consciousness. Odd since there are powerful Fields of Consciousness at the Spirit Keeper's Circle--especially at the Vortex. I had thought it was because of the cumulative sense of the people there when I was there--our Circle--especially after the Open House. now I think it was because of all the Energy work done in the Spirit Keepers Circle.

This all raises a question. Who built them?

I named this area after the Spirit Keeper's because the placing of a stone on the high point of a Field of Consciousness (stacked 12) and the vortex. But now I wonder. You would assume that the stones placed on Energy Lines were done by a subsequent culture. But was it?

Earth Magic -- Vortex Ring Forms in Spirit Keepers Circle
One of the gifts from our Open House on August 4th was the birth of a Vortex Ring--the precursor to the formation of an Energy Vortex.

I created  a circle of stones around it to help nurse it along. 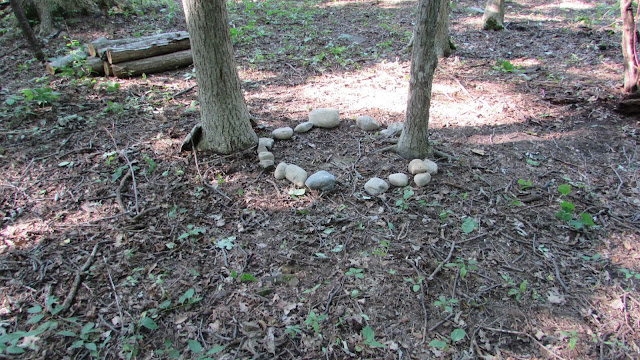 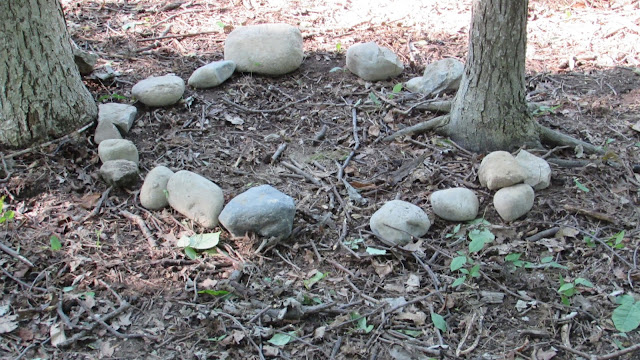 If you visit Gossamer Wood make sure to pray/meditate around or in the Vortex Ring.

WOW. If 50-60 people spend a few hours meditating, experiencing and enjoying Gossamer Wood as was done during our Open House and it helps develop a Vortex Ring--What can we expect when Gossamer Wood becomes public and it is regularly full of pilgrims praying, meditating and healing?

I am so psyched.