Monument to Red Jacket-Life in the Finger Lakes 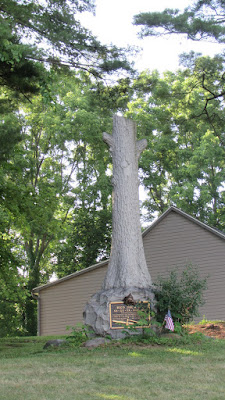 Every year I make an effort to visit the monument to Chief Red Jacket (1750–January 20, 1830) at the Canoga Cemetery along Rt. 89 (southeast of Seneca Falls). I don’t always make it some years I visit more than once.

I say a prayer, give thanks, and ask for the reconciliation of Native and non-Native people. I always get a positive sense when I am there; sometimes I am blessed with much more.

Years ago I met the caretaker and his wife during one of my annual visits. They beamed when they talked about Red Jacket and the monument. 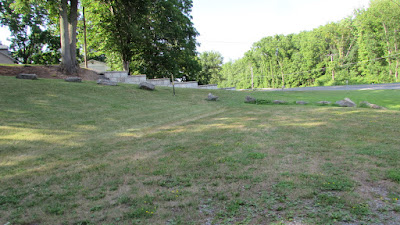 It is believed that Red Jacket was born in a village in the general area of the cemetery. Some say he was born in Kanadaseaga also known as the Old Seneca Castle, a few miles northwest of Geneva. Still others say it was in Branchport, near the northern end of the west branch of Keuka Lake.

Red Jacket was a chief in the Wolf Clan of the Seneca nation, known for his speaking and negotiations as a peacemaker. His childhood name Otetiani was changed to Sagoyewatha (Sa-go-ye-wa-tha), Keeper Awake, because of his dazzling oratorical skills. The nickname ‘Red Jacket’ comes from the gift of a red coat from the British. 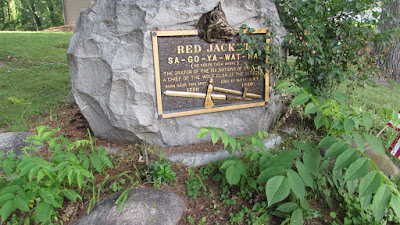 He played a prominent role in negotiating with the new republic around the time of the American Revolution. George Washington presented him with a peace medal that he proudly wore across his chest.

Red Jacket was a quick, witty and at times sarcastic negotiator who kept his cool and took advantage of his opponent’s failings.(1) He was an eloquent orator who commanded an audience’s attention and defended and advocated for his people. One of his more famous speeches was in 1805 in defense of Native American religion against the assault of Christian missionaries. In it he said, “Brother, we do not wish to destroy your religion, or take it from you; we only want to enjoy our own.”(2) At the end of the speech Red Jacket walked up to the missionary and extended his hand, which the missionary refused. 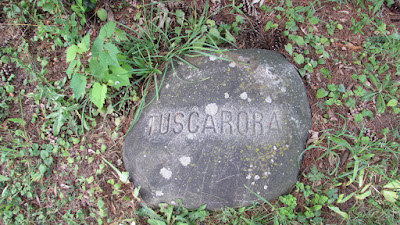 Native Americans have a wonderful custom of stopping on a journey -- by the intersection of several trails, by a waterfall, or at some wonderful vista. There they would perform a ritual, say a prayer, or give thanks. It is a marvelous practice that I try to follow. The monument to Red Jacket is one such place for me. I never plan a trip to go there, but always try and find time to stop there on a journey to someplace else.

I encourage you to embrace this practice of stopping along the way as you travel around the Finger Lakes. It could be ,Red Jacket’s monument, a childhood haunt, a scenic view, the home of one of our noted social reformers, a former stop on the Underground Railroad, or… Just make sure it is a place that moves and inspires you. Pick a few places and visit them each year for a few years so that it becomes a ritual. In doing so,  a long trip will soon become an opportunity to stop and visit an old friend along the way.

There is much to find fault with this little strip of land. It is too close to the road, passing cars make too much noise and it is part of a cemetery. I could go on and on about all that is wrong about where the great orator and peacemaker Chief Red Jacket was born, but I just love this place.

The monument site has  a parking area with picnic benches. The grassy field just south of the bench has a wonderful sense to it; spend some time there if you can. 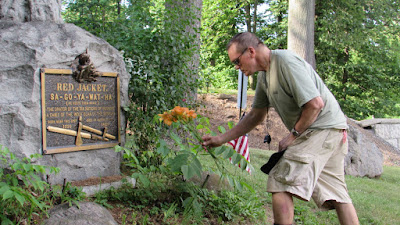 The monument is located just north of the intersection of Cemetery Road and Route 89 in Canoga, NY. It is on the Canoga Cemetery grounds on Route 89.
Directions: Take Exit 41 off of the Thruway (I-90.)  Go south on Rt. 414. Take your first left onto Rt. 318.  Continue until it ends at Rt. 20. Take a left east onto Rt. 20 and a quick right onto Rt. 89. The cemetery and monument are a few miles down on your left.

Please visit and say a prayer and help heal the rift between non-Native and Native people.