5G and the Bias of Science

5G (digital cell networks) will soon be ravaging your body and our Mother as more and more cities allow for its service in their communities. In my home town the Syracuse Common Council voted to allow small 5g towers to be placed on just about every city block. My counselor Joe Driscoll did not return my phone calls and ended up voting for the bill even though he had concerns.

I am hoping to find time to organize around 5g and educate people about the serious dangers 5g posses to your health and to Mother Earth. I have been engrossed in finishing my fifth book Everything Has Karma and sending out review copies. Basically by allowing 5G we are adding fuel to the microwaving of ourselves and our Mother. 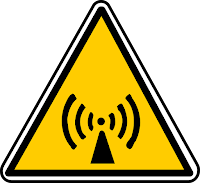 How We are Duped by Industry and Science
We need to understand that industry and science have their thumb on the scale when it comes to the public's interest. Remember how for year's we heard how safe Monsanto's Roundup was until it wasn't? Sheryl Atkinson's Full Measure had a wonderful segment today showing how Industry is able to manipulate, payoff and use science to its advantage to  mislead the public,  Slanted Science

Do You Think that Verizon and other Cell Provider's are any different?

Becker also came to understand the dangers of what he called "electropollution." Saying in  his book  Cross Currents "the exposure of living organisms to abnormal electromagnetic fields results in significant abnormalities in physiology and function." (page 187.) 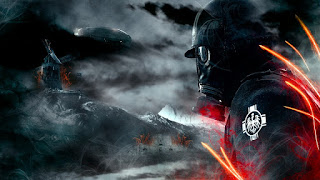 As the NY Sun said in his obituary,

It was at Environmental Protection Agency hearings in 1975 over a New York State Power Authority plan to run a 765,000-volt line from Utica to Massena, N.Y., on the Canadian border, that Becker announced his opposition on health grounds. Becker and one of his students, Andrew Marino, said that they had found various irregularities in rats exposed to high-voltage electromagnetic fields (EMFs). Their findings meant that no one should be within 100 yards of high-power lines, they testified.
Becker later appeared on "60 Minutes" to raise more concerns, but his visibility on the issue ended his other scientific studies because he questioned the objectivity of the National Academy of Sciences, according to Mr. Marino. Becker's grants were canceled. "Regeneration studies were effectively killed," said Mr. Marino, now a professor in the department of cellular biology and anatomy at Louisiana State University in Shreveport.

Becker actively protested against power lines in New York State until his death in 2008.

Professor Andrew Marino (Becker's student) would go on to address the bias in science with his book Going Somewhere: Truth about a Life in Science

5G is worse
5G is electropollution on steroids. It is an environmental issue as well as a health issue. To me it is particularly sad to see my community vote for 5G when such an icon on the effect of EMF's on our health hailed from Syracuse. SAD.

As I have said many times before Technology Kills.

Here are some helpful links,

5G HEALTH RISKS; THE WAR BETWEEN TECHNOLOGY AND HUMAN BEINGS--Includes information for the signs of EMF overexposure.

Is 5G Worth the Risks?

Your cellphone is killing you: What people don't want you to know ...https://www.salon.com/.../your_cellphone_is_killing_you_what_people_dont_want_y... From 2014-pre 5G but tells how telecom industry paid hacks to go after him.


Climb in the 5G Microwave 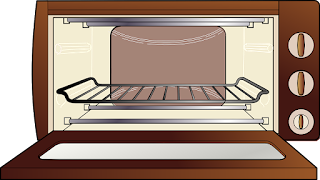