An Opera about  Matilda Joslyn Gage, "Pushed Aside: Reclaiming Gage" will be performed Sunday January 21 at 4PM in the Carrier Center at Civic center. Gage's home  in Fayetteville, NY sits on a Field of Consciousness and is listed as a sacred site in Sacred Sites in North Star Country: Places in Greater New York State (PA,OH,NJ,CT,MA,VT,ONT) That Changed the World, page 190-192. 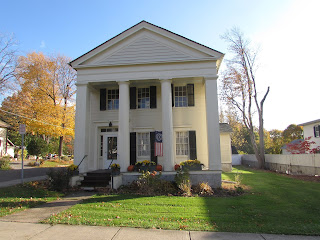 The Opera tells the story of how, Gage, one of the leaders of the Women's Movement was pushed aside and written off in history by Susan B. Anthony. Here is what I wrote about that in Sacred Sites:


It was Gage and Elizabeth Cady Stanton who penned the Women’s Declaration of Rights that Susan Anthony read at the July 4, 1876 centennial celebration in Philadelphia before 150,000 people. Gage, Stanton and Anthony collaborated to write the History of Woman’s Suffrage; which unfortunately Gage was never properly recognized for, especially as she did at least half, if not more of the writing. Anthony bought out the other two, and with the help of Ida Harper wrote another three volumes up to the passage of the Nineteenth Amendment. Unfortunately Gage was written out of the fourth volume and Anthony placed herself as the leader of the movement.

The divide between Anthony and Gage grew with the merger of National Woman Suffrage Association (NWSA) and American Woman Suffrage Association (AWSA) a much smaller organization. Gage was against the merger with conservative AWSA focused strictly on voting rights, and not freeing women from oppression at home, and by the church, state and capitalism. Anthony was able to push through the merger by seizing control of NWSA’s executive committee when chairman Gage was absent.  Gage would create the Woman’s National Liberal Union. Page 191


Clearly the the Opera's title, Pushed Aside, hits the nail on the head on how Gage was written out of history. 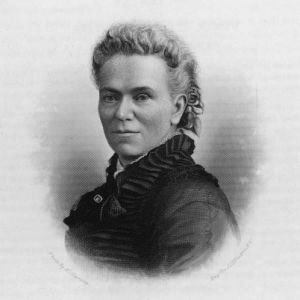 
Here is the promo on the Opera:

The world premiere of the opera, "Pushed Aside: Reclaiming Gage," is set for 4pm Sunday, January 21 at the Carrier Theater, Civic Center, Syracuse, N.Y. Witness the story of Matilda Joslyn Gage, the lesser known third member of the "triumvirate" of early women's suffragists -- the other two being Susan B. Anthony and Elizabeth Cady Stanton. This opera tells how they came together in the early 1850's, then had their great split in 1890, resulting in Matilda being "pushed aside," and right out of the history books. Along the way, we also discover how Matilda fought for others who had been "pushed aside," including African-Americans and Native Americans, and how she came to believe that all freedom struggles are equal and interconnected.
The libretto by Gabrielle Vehar brings to life a pivotal period in CNY history, dramatically chronicling Mrs. Gage's significant contributions during the first third of this 3-generation battle for equal rights for women. This fully-staged production with orchestra is made possible in part with funds from the Central New York Community Foundation.
Tickets are $15 adults, $12 students/seniors. Tickets for the show can be purchased by calling the Society at 315-251-1151.
The Society for New Music commissioned Ithaca-based composer Persis Parshall Vehar to write this opera, with funds from NYS REDC. How many cities the size of Syracuse can boast of a world premiere of an opera created by a regional composer about a regional heroine and brought to life by regional performers? 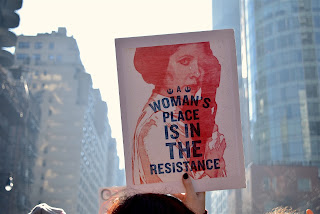