The New York Times reported at the end of last year in Unfiltered Fervor: The Rush to Get Off the Water Grid that Raw Water is the new rage in Silicon Valley. A host of articles about this the last few days piqued my interest:

What to know about the “raw water”trend

Why the Raw Water Movement Is So Obnoxious


I am a proponent of Living Water and have been drinking spring water for over a year and have found a noticeable difference in my health. 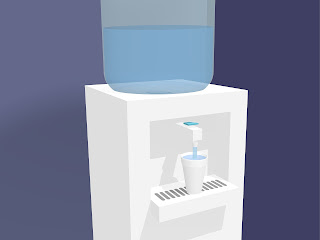 At Rainbow Grocery, a cooperative in this city’s Mission District, one brand of water is so popular that it’s often out of stock. But one recent evening, there was a glittering rack of it: glass orbs containing 2.5 gallons of what is billed as “raw water” — unfiltered, untreated, unsterilized spring water, $36.99 each and $14.99 per refill, bottled and marketed by a small company called Live Water.

The Times noted that some call it the “water consciousness movement.” The desire for raw water  has become an entrepreneurial  boom with numerous upstarts looking to make a killing.  One company in particular Zero Mass Water has created a hydro panel that can make water from sunlight and air. THIS IS DEAD WATER. AVOID IT.

The article correctly points out that water can pick up lead in pipes and that water treatment facilities kill beneficial bacteria.

The founder of Live Water, Mukhande Singh, "believes that public water has been poisoned. “Tap water? You’re drinking toilet water with birth control drugs in them,” he said. “Chloramine, and on top of that they’re putting in fluoride."

The Times compares the raw water movement to the anti-vaccine movement. Noting that untreated water can cause illness, parasites and other harms.

The NY Times did not mention what dowsers call Living Water. Nor did  it point out the other benefits of Living Water such as containing the Life Force. Or how water retains a memory of all that it has experienced; and if this includes sewage, water treatment, being in a polluted area, etc.  that can have a detrimental affect on your health.

If you are interested learning more I suggest looking at my May post, Living Water, or Primary Water 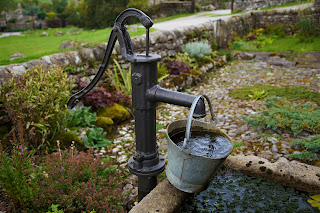