Technology Kills--'Our minds can be hijacked': the tech insiders who fear a smartphone dystopia

Technology Kills--has been one of the themes that I have been espousing for over a decade, on this blog and in other places. The UK Guardian came out with a brilliant expose on how technology has taken control of our minds and manipulates us.

It makes several alarming observations on how pliable we have become, how distorted our thinking is and how we respond so readily to emotional ploys. Showing for example, how Trump was victorious because the electorate has been reprogrammed to be vulnerable to his tactics of hysteria and playing to our emotions. Very, very scary.

It notes how several 30'ish tech execs remember the good old days before we were addicted, controlled and dumbed down. Click to read:

'Our Minds Can Be Hijacked' tech insiders who fear a smartphone dystopia
Google, Twitter and Facebook workers who helped make technology so addictive are disconnecting themselves from the internet. Paul Lewis reports on the Silicon Valley refuseniks alarmed by a race for human attention

by Paul Lewis in San Francisco

Here are some quotes: 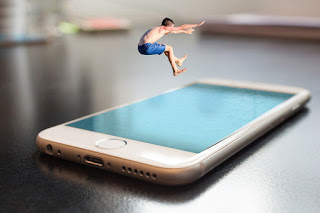 A decade after he stayed up all night coding a prototype of what was then called an “awesome” button, Rosenstein belongs to a small but growing band of Silicon Valley heretics who complain about the rise of the so-called “attention economy”: an internet shaped around the demands of an advertising economy.

Rosenstein, who also helped create Gchat during a stint at Google, and now leads a San Francisco-based company that improves office productivity, appears most concerned about the psychological effects on people who, research shows, touch, swipe or tap their phone 2,617 times a day.

There is growing concern that as well as addicting users, technology is contributing toward so-called “continuous partial attention”, severely limiting people’s ability to focus, and possibly lowering IQ. One recent study showed that the mere presence of smartphones damages cognitive capacity – even when the device is turned off. “Everyone is distracted,” Rosenstein says. “All of the time.”

But those concerns are trivial compared with the devastating impact upon the political system that some of Rosenstein’s peers believe can be attributed to the rise of social media and the attention-based market that drives it.
Drawing a straight line between addiction to social media and political earthquakes like Brexit and the rise of Donald Trump, they contend that digital forces have completely upended the political system and, left unchecked, could even render democracy as we know it obsolete.
“One reason I think it is particularly important for us to talk about this now is that we may be the last generation that can remember life before,” Rosenstein says. It may or may not be relevant that Rosenstein, Pearlman and most of the tech insiders questioning today’s attention economy are in their 30s, members of the last generation that can remember a world in which telephones were plugged into walls.
It is revealing that many of these younger technologists are weaning themselves off their own products, sending their children to elite Silicon Valley schools where iPhones, iPads and even laptops are banned. They appear to be abiding by a Biggie Smalls lyric from their own youth about the perils of dealing crack cocaine: never get high on your own supply.

“The technologies we use have turned into compulsions, if not full-fledged addictions,” Eyal writes. “It’s the impulse to check a message notification. It’s the pull to visit YouTube, Facebook, or Twitter for just a few minutes, only to find yourself still tapping and scrolling an hour later.” None of this is an accident, he writes. It is all “just as their designers intended”.
He explains the subtle psychological tricks that can be used to make people develop habits, such as varying the rewards people receive to create “a craving”, or exploiting negative emotions that can act as “triggers”. “Feelings of boredom, loneliness, frustration, confusion and indecisiveness often instigate a slight pain or irritation and prompt an almost instantaneous and often mindless action to quell the negative sensation,” Eyal writes.
It is not just shady or bad actors who were exploiting the internet to change public opinion. The attention economy itself is set up to promote a phenomenon like Trump, who is masterly at grabbing and retaining the attention of supporters and critics alike, often by exploiting or creating outrage.
Williams was making this case before the president was elected. In a blog published a month before the US election, Williams sounded the alarm bell on an issue he argued was a “far more consequential question” than whether Trump reached the White House. The reality TV star’s campaign, he said, had heralded a watershed in which “the new, digitally supercharged dynamics of the attention economy have finally crossed a threshold and become manifest in the political realm”.
Williams saw a similar dynamic unfold months earlier, during the Brexit campaign, when the attention economy appeared to him biased in favour of the emotional, identity-based case for the UK leaving the European Union. He stresses these dynamics are by no means isolated to the political right: they also play a role, he believes, in the unexpected popularity of leftwing politicians such as Bernie Sanders and Jeremy Corbyn, and the frequent outbreaks of internet outrage over issues that ignite fury among progressives.
All of which, Williams says, is not only distorting the way we view politics but, over time, may be changing the way we think, making us less rational and more impulsive. “We’ve habituated ourselves into a perpetual cognitive style of outrage, by internalising the dynamics of the medium,” he says. 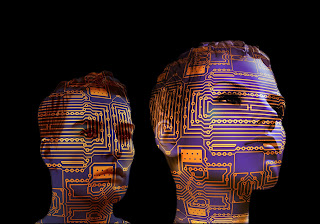